Republic Act 10879 establishing the Southwestern Tagalog to be known as the MIMAROPA Region was enacted on 17 July 2016, in accordance with Article VI, Section 27 (1) of the Philippine Constitution.

The National Economic and Development Authority (NEDA), in coordination with the Department of the Interior and Local Government (DILG), shall formulate and promulgate the necessary rules and regulations for the establishment of the regional center.

MIMAROPA is composed of 5 island provinces, 2 cities and 71 municipalities.

MIMAROPA  region  lies  along  the Southern  portion  of  Luzon.   It  is  archipelagic, bounded in the  north by CaLaBarZon and the Verde Island; in the southeast by Bicol region and the pacific Ocean ; in  the south lies Panay Islands.

Extending  southwestward  into  the  Sulu  Sea is the Province of Palawan, and on the west of the  region is the South China Sea. 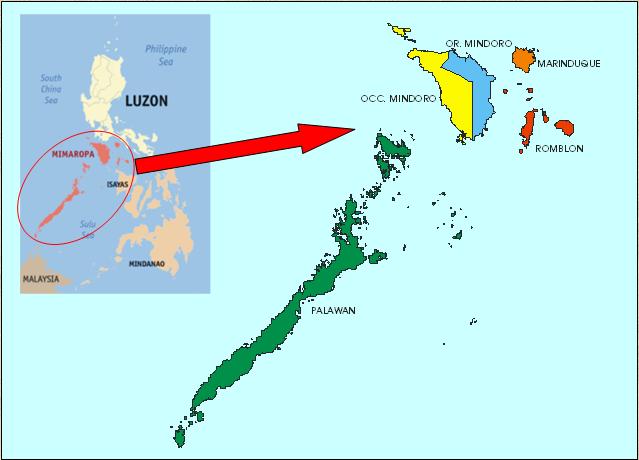